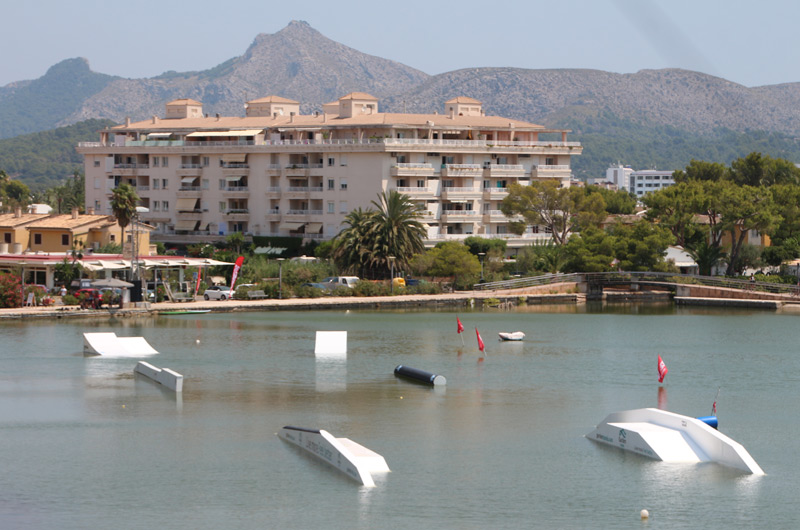 Mallorca Wake Park is the only wakeboard cable system in the Balearic Islands. It was created in 2011 and has become a destination for wakeboarders from all over Europe.

The cable ski system is the name given to the assembly of gears and cable systems, similar to the one used in the lifts of winter ski resorts, which is used for the practice of water skiing and wakeboarding in a water calm area. It was invented and is currently having its greatest success in Germanywhere almost 100 installations can be found. In Spain, we have cable ski these destinations: Benidorm, Marbella, Barcelona, ​​Mallorca, Madrid, and Almería. You can see all the centers in Spain in this link on the Simple Wake website Where to wakeboard in Spain.

Located in the north of the island, in Alcudia just 10 km from the Dunes Platja Aparthotel, it is the longest in Europe. From beginners to obstacles for professionals, a spectacular experience for all audiences, they guarantee that you will enjoy from 3-4 years of age.

At Mallorca Wake Park they have more than 18 years of experience training and teaching people to enjoy surfing. They include all the necessary equipment.

You can do individual or group sessions, you always have to book on the phone at +34 633 66 44 39 or on their Mallorca Wake Park website.

Enjoy a unique plan in Mallorca. 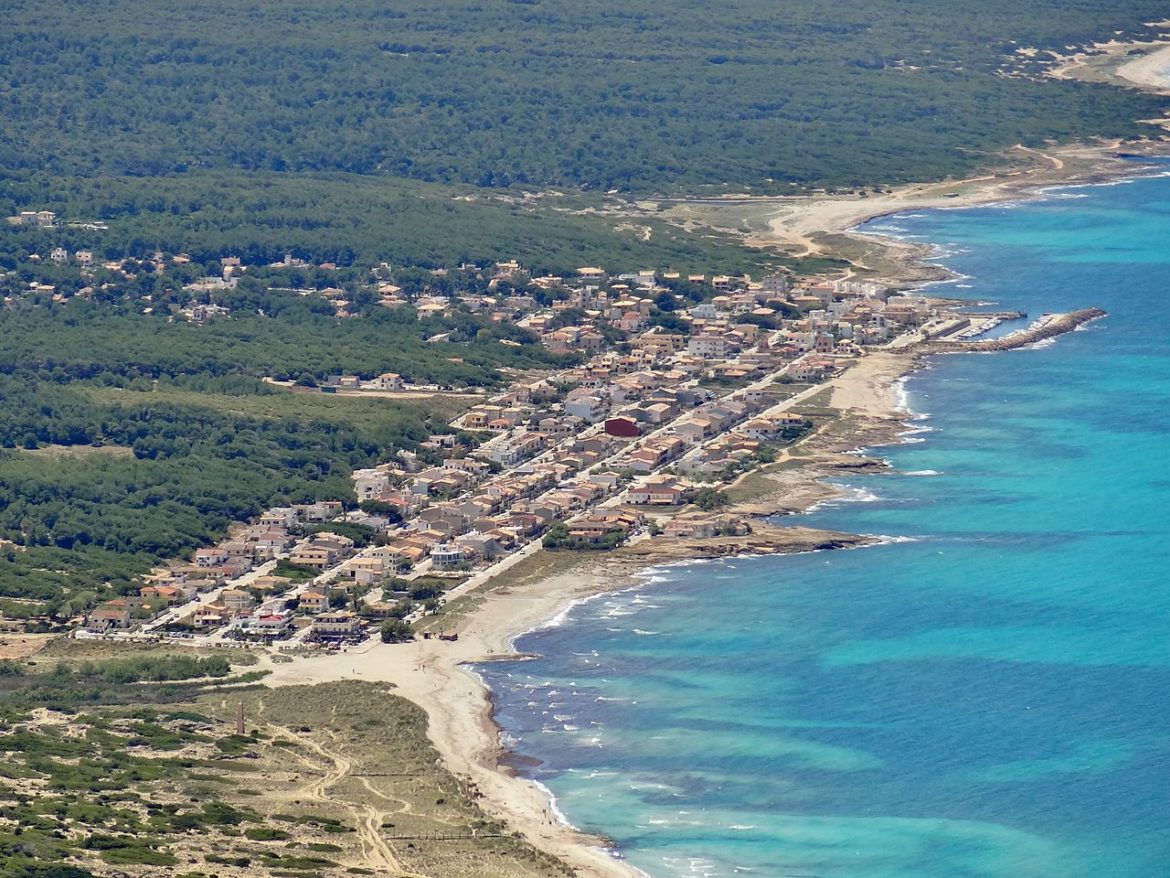 Son Serra de Marina is one of the beaches in Mallorca located 11 km from Can Picafort, it has a beach, a marina, and urbanization. In the residential area, we can find around watchtower and defense that has a panoramic view that goes from Cap de Farrutx (Artà) to Alcudia.

This sandy area has a coarse grain and the sand on the shore is covered by remains of Posidonia algae. On your right is the Torrent de na Borges, the natural border of Santa Margalida and Artà. To your left the facilities of the Club Nautic Serra Nova.

Its extensive coastline is made of sand and rocks, very low and shallow. Access to the highway is simple. 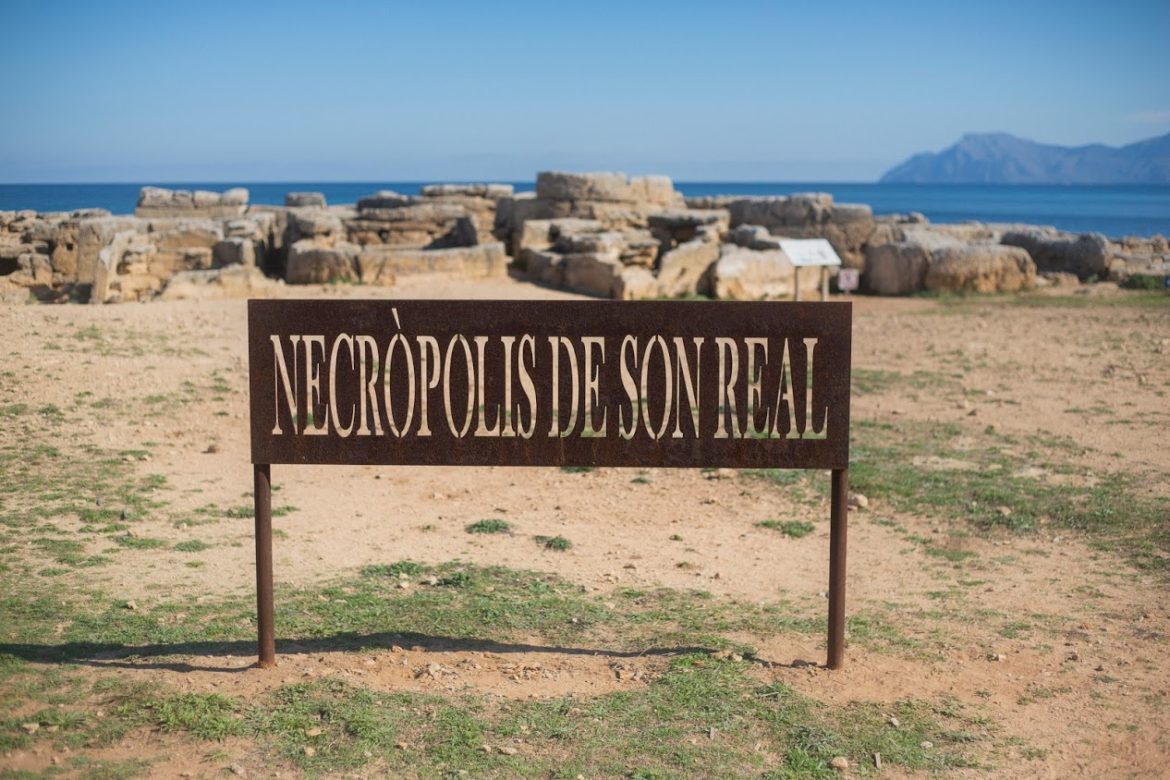 The public estate of Son Real is located on the Northwest coast of Mallorca, in the municipality of Santa Margalida. It has an area of ​​395 hectares. It is a large open-air museum where important archaeological, ethnographic and natural remains are concentrated. It is a unique necropolis in Mallorca and the Western Mediterranean.

There are a series of tombs that reproduce, on a small scale, the most important constructions of the Talayotic culture (naviform chambers, square and circular talayots).

This place is dated to the Iron Age and was a settlement from this time until Roman times.

Inside this necropolis, the subterranean tombs have different shapes: square and circular (late 7th-6th century BC) with a horseshoe-shaped plan (5th century BC) and rectangular (4th century BC – I AD). 109 tombs are preserved in an area of ​​approx. of 800m2 where the remains of about 300 people were located, but it is possible that more than 400 were buried.

The Son Real farm is located just 6 km from the Aparthotel Dunes Platja, you can visit and we will find from a possession, autochthonous animals (sheep, black pigs, peacocks, donkeys, etc.) that are properly cared for and raised, a totally ecological agricultural production, highlighting the almond tree crops, carob and fig trees.

Can Picafort, the new Ithaca of the Mediterranean; this is how Joan Bennàsardescribes his exhibition of sculptures ‘Puertos de Alga Marina’ placed along the Can Picafort coastline, located from the Plaza de Cervantes to the Son Bauló beach.

More information Tourist website of the municipality of Santa Margalida 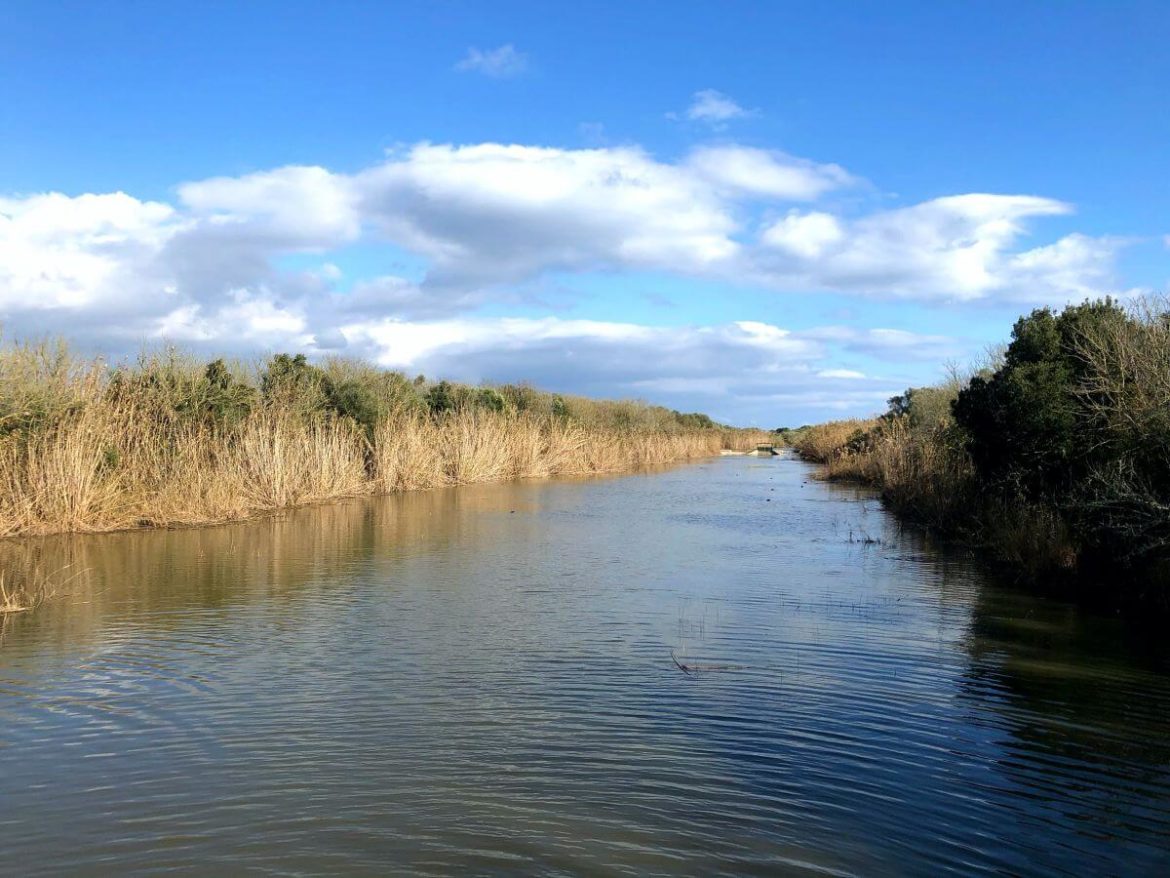 The S’Albufera de Mallorca natural park is the largest and most important wetland in the Balearic Islands. It has been a natural park since January 28, 1988. It has an area of ​​1,700 hectares, where there is a great diversity of animal and plant species. It is located between the municipalities of Muro and Sa Pobla.

The biological wealth of s’ Albufera is based on water. Its presence allows the continuous growth of vegetation. The fauna is varied and abundant in species: fish, amphibians, reptiles, etc. But what really stands out are the birds, more than 300 species have been observed.

We can walk from the Aparthotel Dunes Platja. 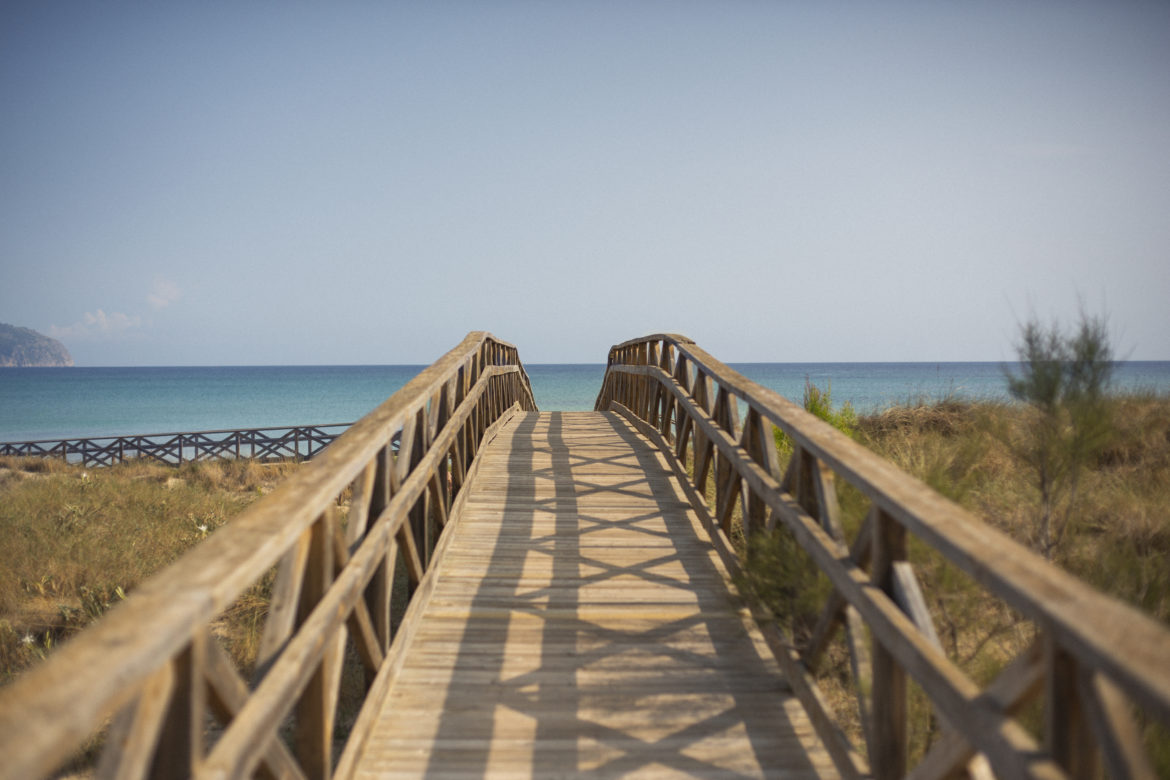